Our Passion Play dramatises the last week of Jesus’ life and depicts some of the events that led up to his Ascension. It is a dramatic portrayal of what has been called the greatest story ever told. It is the real story of Easter and it has all the elements of stories that are compelling and confronting: treachery, betrayal, injustice, sacrifice and redemption. Performing it in and around St. Ethelburga's Church brings the story into the heart of the community and closer to God. 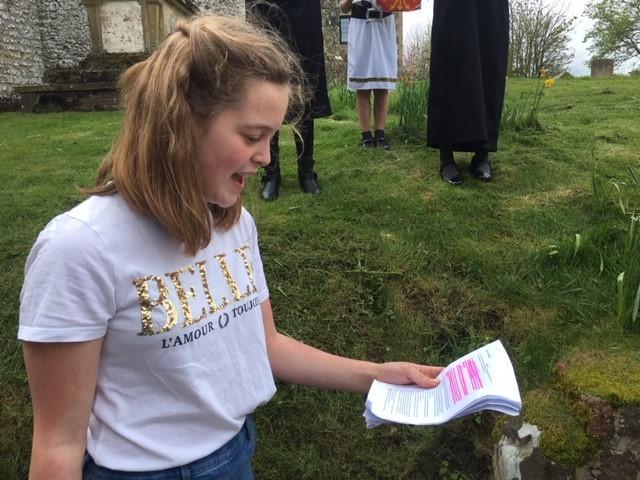 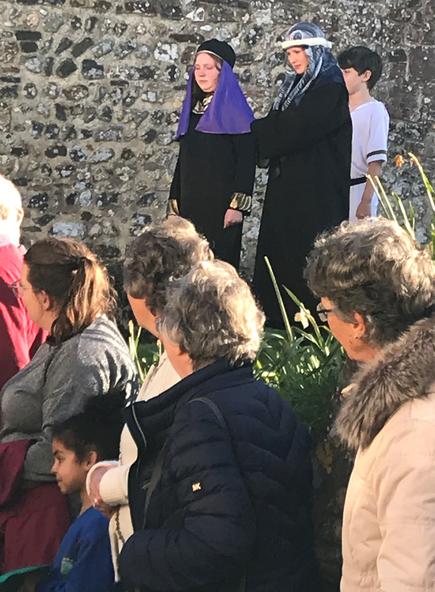 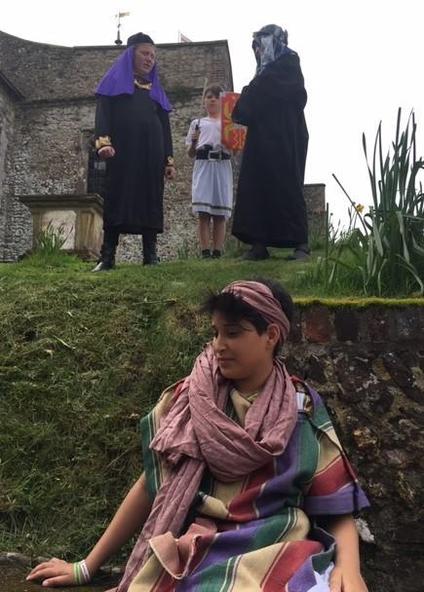 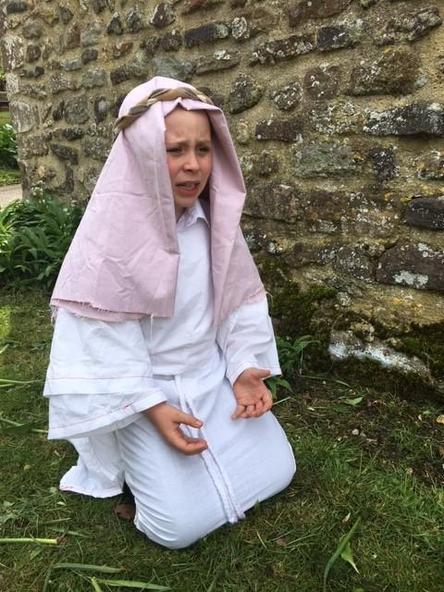 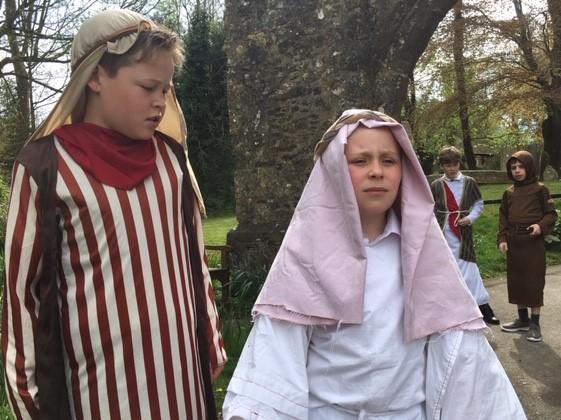 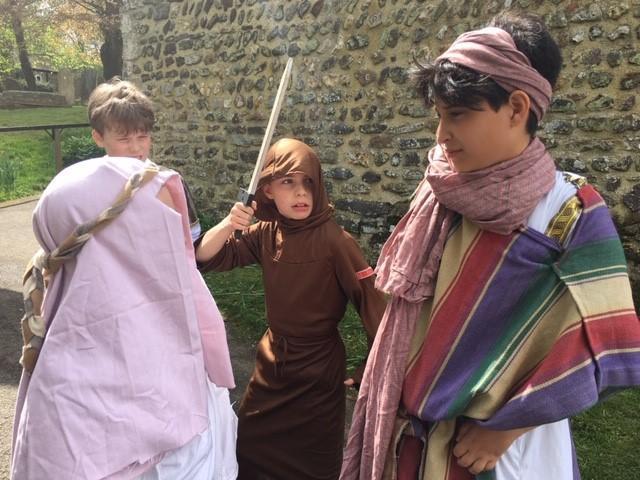 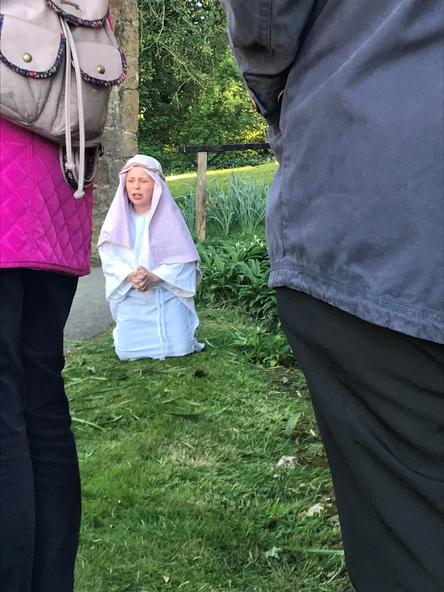 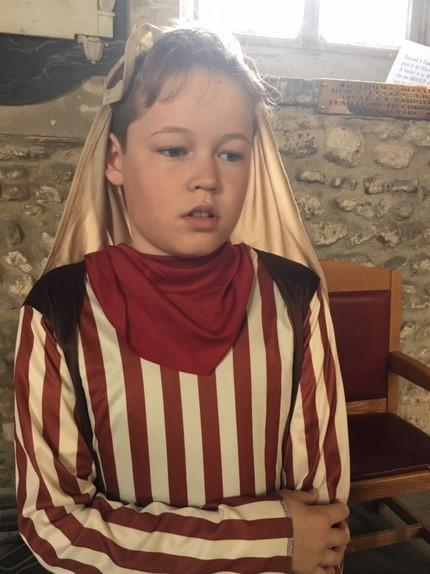 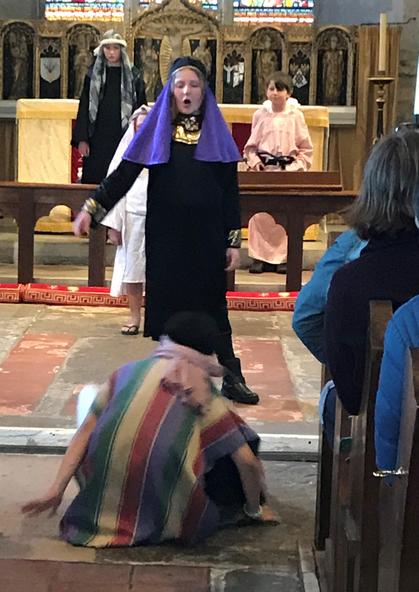 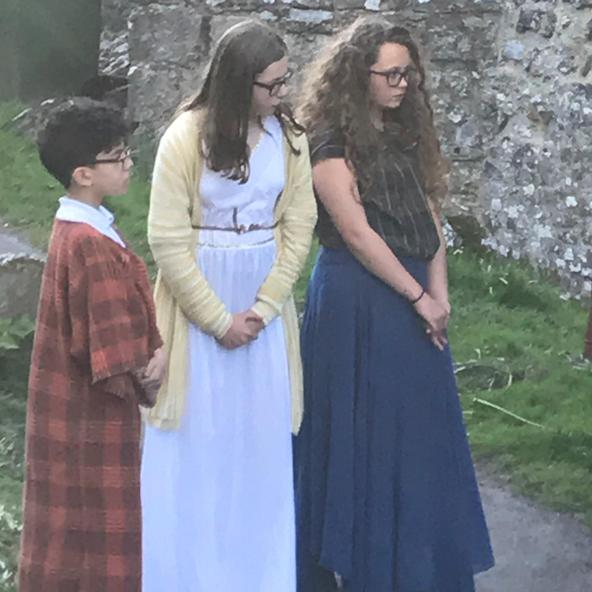 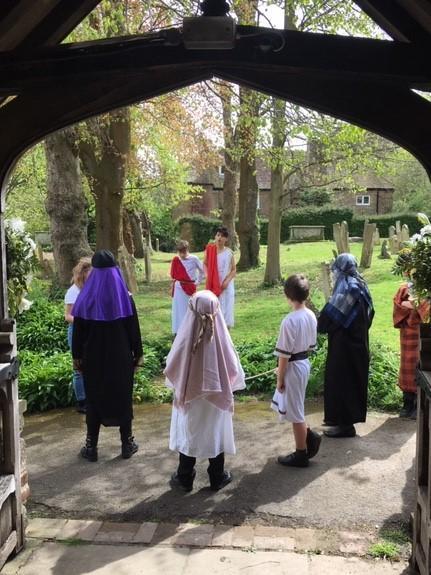 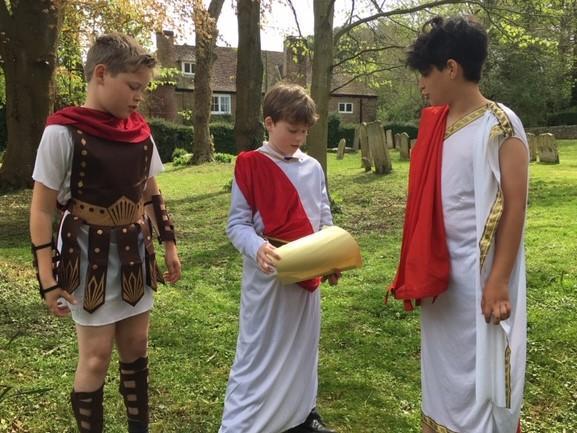 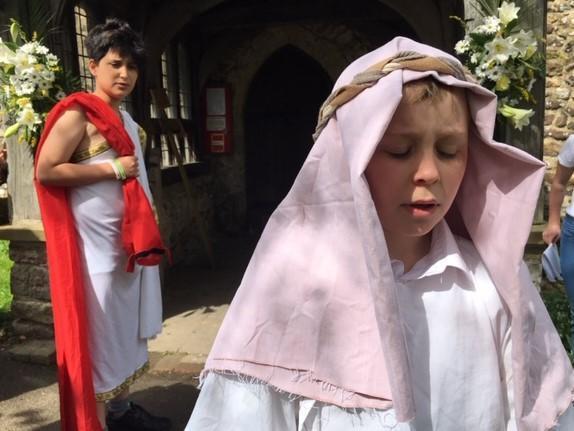 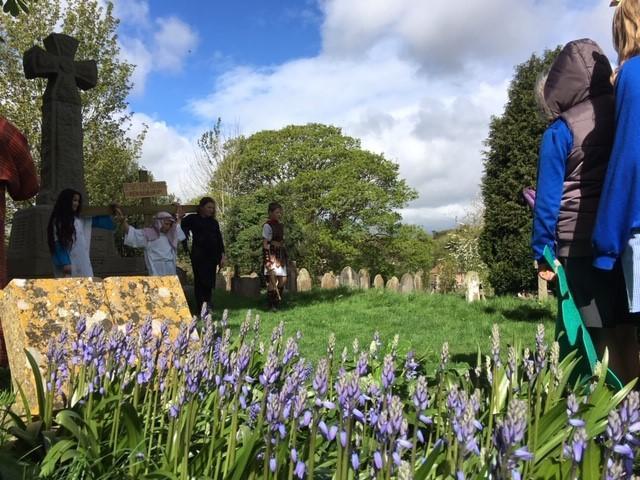 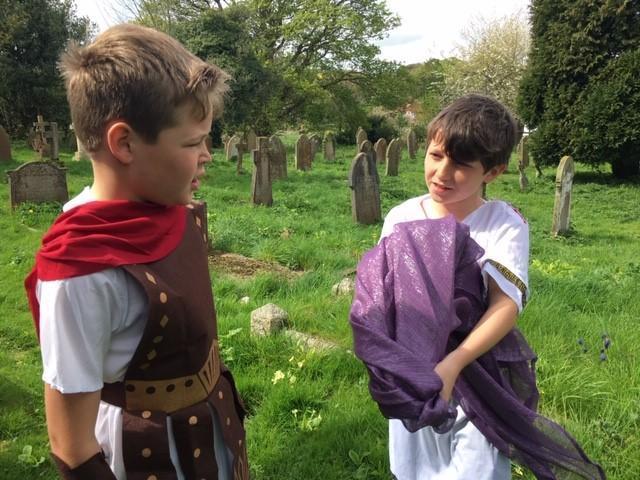 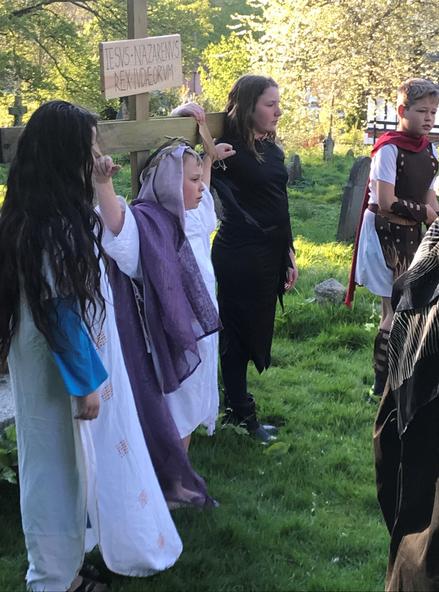 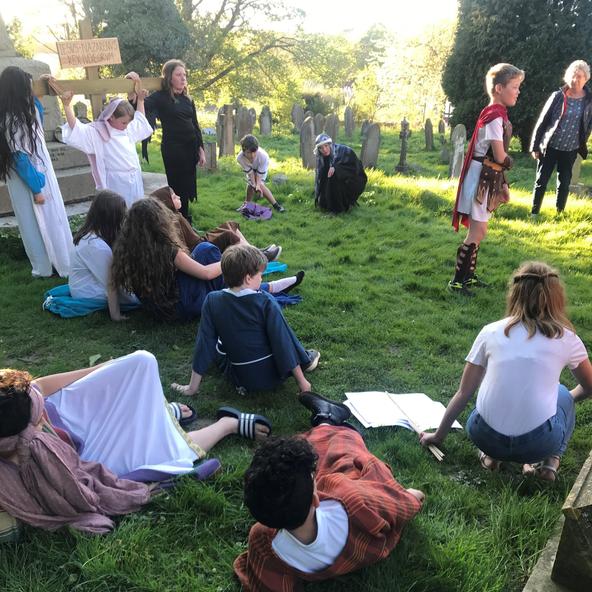 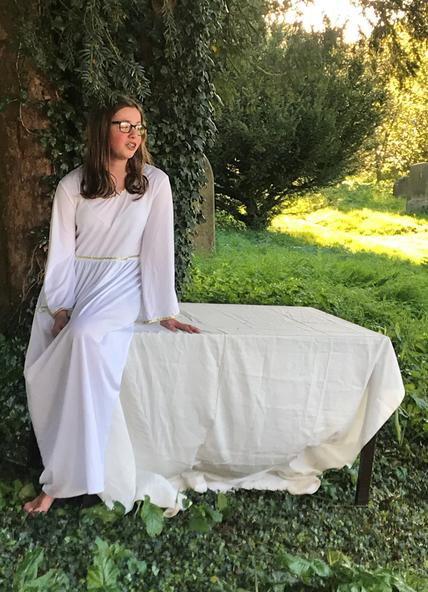 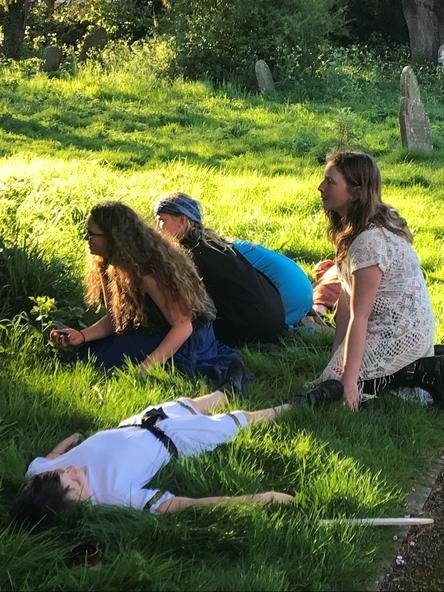 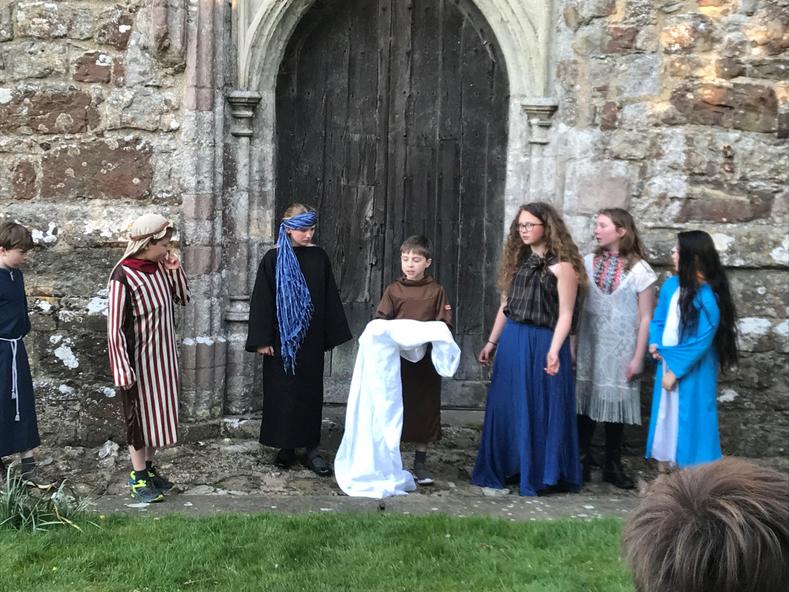 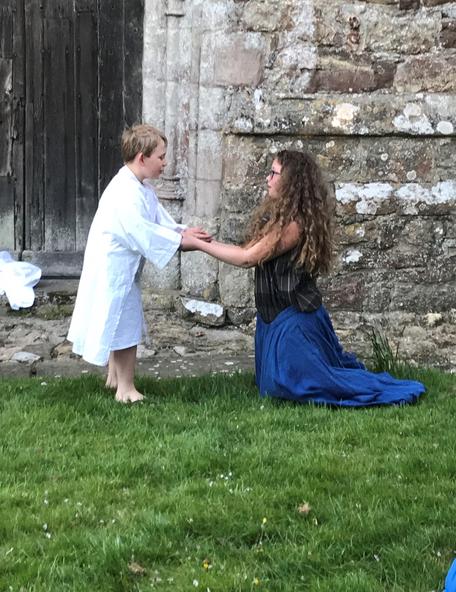 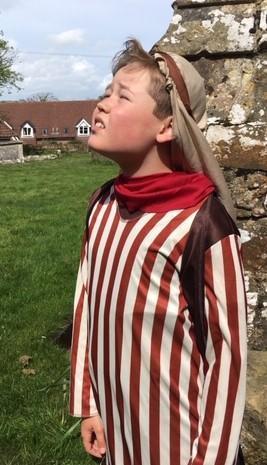 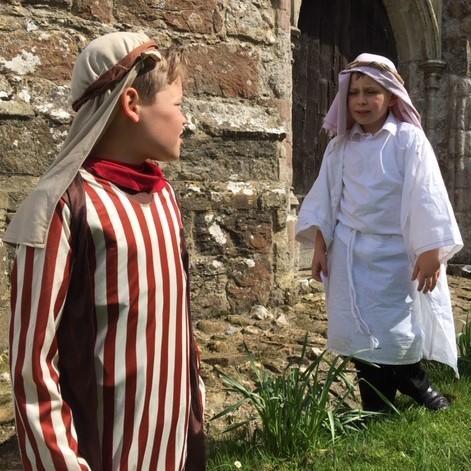 The Drama Club, led by Mr Fox, performed their Passion Play on Thursday evening. It was a lovely sunny evening and the narrator and actors took us through the Easter story, leading the audience to different scenes in and outside the church. It was a beautifully creative production and I was so proud of the whole cast for the way they managed to convey the feelings and emotions of the different events, so powerfully. A huge thank you to Mr Fox for his work, and thank you to all who joined the audience and participated when told to!

I had the opportunity to see the school drama group Easter play last week and I just want to e-mail you to say how much I appreciated the performance. All the children who took part did an excellent job and I would be grateful if you would pass on my thanks and congratulations to all who were involved. It must have taken a fair bit of practice to get the cast up to that standard. I felt the play itself was faithful to the historic Christian faith and presented in a very moving and inspiring way in the very appropriate surroundings of the Parish Church. All the people that I have spoken to who saw the play seem to have agreed with me that it was an excellent event and very appropriate for the time of year.

Accurate to the Bible

...My visit was...following the exceptionally moving Easter Play put on by the Drama Club, in the Parish church and grounds, and led by Mr. Fox. It was impressive that the youngsters all performed without any prompts or papers to help them, they had a sense of the importance of what they were doing and saying and it was accurate to the Bible all the way through. Many individuals could be mentioned, but Hew, who played Jesus, was very good and held it together. It was clear that some of them were moved by the words they were saying. Excellent work is being done for these children by this school at this time.  I was able to have a quick word with the head teacher and was so encouraged by all she said, and especially sensing  the Christian ethos I saw being lived out - it is after all, a C of E Church School.