Term 2: What does it mean to be wild?

This week we have been revising our understanding of the different animal groups and thinking about what we understand by the term 'wild'! We took our art outside this week, using autumn leaves to create wild cats of our own. We thought about the tones and textures of the leaves whilst we were collecting them and how best to arrange them. We also had a visit from KIC theatre this week, where we used drama to start thinking about endangered animals around the world. There was some super acting going on in Year 5 and some really thoughtful responses.

In English, we have been looking at Pie Corbett's 'Recipe to Make a Wolf', and considering the use of figurative language for descriptions. We are looking forward to writing our own next week!

In maths, we have been looking at multiples, factors, common factors and prime numbers! There are 25 prime numbers between 1-100... can you remember them Year 5!?

This week we have been learning about the life cycles of mammals, birds, amphibians and insects! We have been comparing the life cycles and thinking about how they are different. We worked in groups to create posters about these life cycles, then we used the computers to find images to illustrate our writing.

In English, we have written some amazing poems with figurative language, using metaphors to creatively describe an animal of our choice. We are really impressed with our imaginative poems! When they were finished, we performed them in our forest area!

In maths, we have been learning about square and cube numbers and enjoyed making our own maths board games on Friday.

This week we have been learning about animals all around the world. We used the notebooks to research endangered species and use filter functions on the internet to find relevant images. Later in the week, we created world maps (no tracing!) We located where each of our endangered animals came from and attached them to our maps. Have a look at them below!

We have been finding out about why different species become endangered and what we can do to help.

In English this week we completed writing our explanation texts! We are looking forward to sharing these with each other next week. In maths, we have been looking at multiplying and dividing by 10, 100 and 1000. We have moved onto working with decimal numbers and using known facts to solve trickier problems.

This week we visited our forest area, using natural objects to create artwork. See our creations in the photographs below! In our Big Question work, we have also been talking about climate change and global warming. We have learned about how changes to the environment impact different wildlife, especially in the polar regions.

We were visited by Mr. Clayton this week who is a secondary level history teacher in training. He taught us all about WW2 in relation to our reciprocal reading text 'Goodnight Mister Tom'. We have written letters from the perspectives of evacuee children and used ration books in maths to calculate different weights and prices of food. We finished off with a VE party which was great fun, thank you Mr. Clayton! :)

This week we have been using 'Where the Wild Things are' by Maurice Sendak to inspire some character descriptions of monstrous creatures! We have been learning about relative clauses and apostrophes for possession, and how to include these within our writing. We have learned how to draw 'wild things' in a cartoon type style.

In maths we have been looking at area and perimeter, we have even learned how to find the area of a right angled triangle (and we were really good at it too!)

On Friday, we took part in a virtual sports competition - completing a variety of activities in the hall and recording our scores. We will now await the results to come back!

Year 5 have had a busy week rehearsing and performing our makaton Christmas song! We caught up with isolating friends on zoom and had a great time dancing together!

We also had an exciting zoom visit on Wednesday afternoon from Mr. King at The Aspinall Foundation. He spoke to us about the wildlife and conservation projects he has been involved in around the world. It was very interesting and we learned lots of new things! 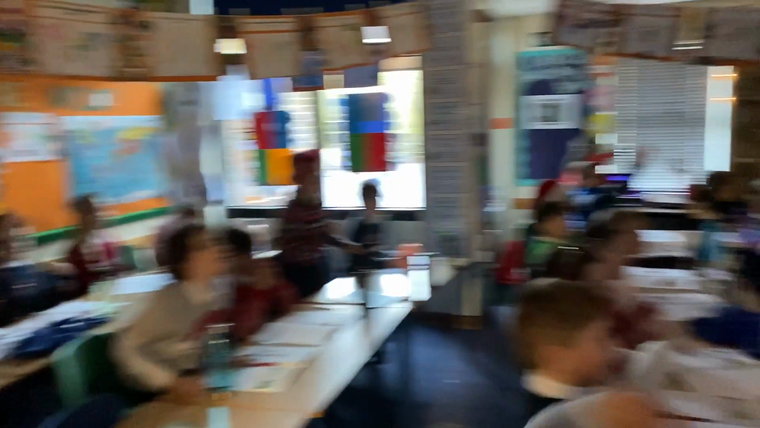 This week we finished off a great term with lots of Christmas activities! We had a ‘music day’ where we worked in groups to create, rehearse and perform a Christmas song! ‘The Cinnamon Swirl Girls’, ‘The Rappin’ Reindeers’ and ‘The Bauble Boyz’ all did an amazing job and definitely wrote a few Christmas number ones!

We have enjoyed lots of Christmas craft, written letters to Santa about the changes we’d like to see to our environment and even pretended to be the grinch in some persuasive letter writing!