This week it has been lovely to have the entire class back for the majority of the week! We have started a measurement topic in Maths, looking at converting metric measurements as well as looking at imperial measures. In English we wrote explanation texts for ANY gadget of our choice... there were some very imaginative ideas! We also spent a session editing at different editing stations which proved very successful! Only a few people lost their train tickets! In Music we finished our body percussions and developed techniques such as canon and retrograde motion. In P.E we continued our dances and we will evaluate these next term once we have the whole class back! In Geography we debated globalisation and its effects on the world. In Art we analysed the work of Roy Lichtenstein and evaluated our own work. In Computing we have been took part in an internet challenge with 2 very speedy winners! We also took part in a virtual internet assembly which prompted a lot of discussion about RESPECT. A great last week of term... have a wonderful half-term break!!!

It has been another fairly quiet week in Year 6! We have continued our decimal topic in Maths, looking at multiplying and dividing with fractions, as well as decimal and fraction conversions. In English we wrote spy gadget explanations. We had all sorts of imaginative ideas from spy gadgets disguised as make-up bags to doughnuts and cookies! We has Ian from KIC theatre join us this week and we considered fairness and the importance of Fair Trade products. in French we learnt the names of different school subjects in French and in Music we practised our body percussions as a 'Mexican Wave.' In geography we created comic strips online of the supply chain for products such as bananas, cocoa and coffee beans. In Science we created healthy living booklets and in computing we used our Excel knowledge to create party planning budgets! We were not allowed to spend over £60 but had to get as close to it as we could! There are some great spenders in Year 6!

Is this fair? We investigated fairness in different ways! 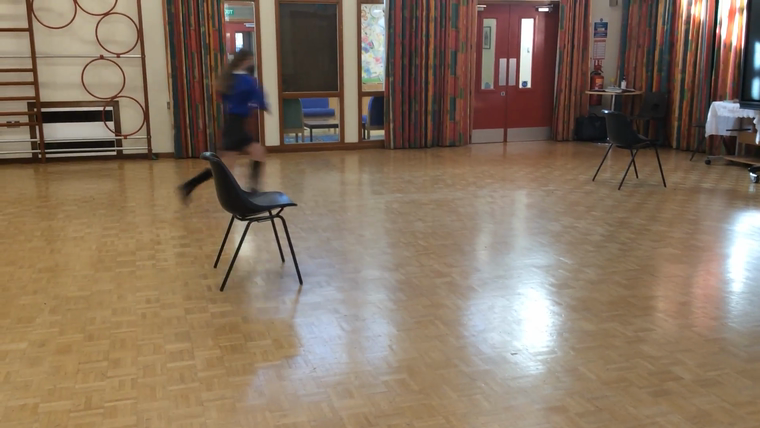 This week has not been an ordinary one in terms of classroom numbers but we have tried to keep the learning as normal as possible in class! The week began with our DECIMAL topic in Maths, as well as our EXPLANATION unit for English. We have been recognising decimal numbers up to 3 d.p in Maths as well as multiplying and dividing by multiples of 10. In English we have been looking at features of explanations texts as well as designing our very own spy gadgets! What imaginative ideas! In dance we have continued our non-contact combat moves. In Geography we had a very animated negotiation, working out who should get what pay when considering the global supply chain for bananas. We got to a decision in the end! In Science we made posters explaining how nutrients and water and transported in the body (some children also included jokes especially for Mr Day!) We have also had a go at some body percussion in Music, telling the time on the 1.4 hour in French and had another go at TT Rockstars! Well done Year 6 for getting through a tough week with a great attitude!!!

This week we have spent some time with Pixl assessment for maths, reading and GPS. In English, we have written our own detective stories using ideas from the different detective stories we have been looking at. We made sure there were plenty of clues... some children even included red herrings! In P.E we started putting our own ideas in pairs to our set routines by using capoeira moves! So impressive! In Science we carried out a heart rate investigation to see which activity caused the greater pulse increase! We used our resting pulses as controls for a fair test! We have also had a visitor from The Dogs Trust in, as well as coming 6th in the F1rst quiz against other schools! There was a book round, English language, Maths, problem solving, Science, Geography, History and even STEM with eggs! Super work Year 6!

This week we started planning and writing detective stories collaboratively! Amazing teamwork, helping each other with our targets! The multiple-choice stories led us on different paths and were thrilling! In Maths we continued with our area and volume topic, looking at the area of triangles and then moving onto volume of cuboids. In art we started designing POP art, inspired by the work of Roy Lichtenstein. We used Fair Trade products and sketched ideas using Lichtenstein's Pop Art themes. In P.E on Monday we began our dance unit, learning set routines this week before developing our own ideas next week. In Science we looked at the circulatory system, learning the parts of the heart and acting out the circulatory system on the playground! In Computing we continued with our work with Excel and created comparative graphs based on our Fair Trade data. This week we also received letters from our French pen pals!!

Letters from our pen pals

Our first week back was a short one but we have started lots of new subjects as well as considering our Big Question, what is fairness? In Maths we began our area and perimeter topic and looked at the area of parallelograms and different rectilinear shapes. In English we looked at different detective stories and thought about what makes a mystery story special. In art, to link in with our Fair Trade topic, we used coffee as a watercolour to paint patterns, inspired by coffee bean plants. The classroom smelt lovely all afternoon! In Geography we started to think about trade and played our own trading game! Some children were given lots of money and resources and others were not... and when the prices of things to sell changed it created different outcomes! We definitely have some business people in our class! In Computing we started to use Excel and used the SUM function and create our own calculators. We also began gymnastics for our P.E session on a Friday.